Carbon dioxide equivalents [CO2e] – what are they?

In reporting for Climate Change, policy-making or carbon management activities, the designation “Carbon Dioxide Equivalent” (CDE aka CO2e) is frequently employed by experts, scientists, policymakers and practitioners. Quite often, this expression is used interchangeably with greenhouse gases (GHG), carbon, carbon dioxide (CO2) or radiative forcing, to indicate the influence of mankind in the recent warming of the planet. This proliferation in the usage of these terminologies deserves attention, especially when the risk of confusing stakeholders is remarkably high with such practices.  This article focuses on CO2e. It provides a brief but concise clarification regarding what it really is and why it is important. 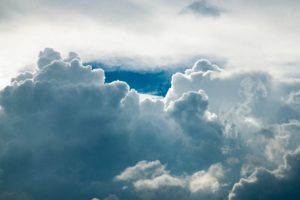 So, what is Carbon dioxide equivalents?

To start off with an answer, let’s use an analogy. Suppose you find yourself in Kinshasa, DR Congo, and you are planning to visit some traditional places for shopping. In your wallet, you have 100 Norwegian Crowns (NOK), 100 Swedish Crowns (SEK) and 100 Euros (EUR). But the bag you wish to buy are priced in Franc Congolais (CDF). So, what is the total value of your money? Well, it is not possible to just add the three currencies together to make a whole. One possible way to get out of this blue would be to first turn all three currencies into a common one (perhaps US dollars) to get their combined value. By using their corresponding exchange rates to conversion in local currency, which is CDF, you know how much money you have. 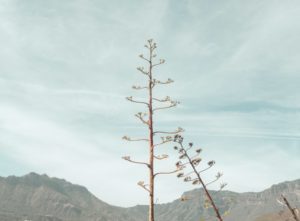 This same construct applies to our context. Human activities release considerable amounts of substances to the earth’s atmosphere. Not all of them are good for the natural environment. Greenhouse gases (GHG) are one group of such substances. GHG emissions resulting mostly from human activities are critically detrimental for the natural environment. Their criticality relies on their capability to trap heat in the atmosphere, which is called the global warming potential or GWP. Simply said, they make the earth’s surface warmer. In order to estimate their concentration per unit of available activity, features called emission factors (EF) are employed.  GHG can have two different origins: natural emissions or anthropogenic (of human origin) emissions. While natural sources are mostly volcanoes and some crops, anthropogenic origins include combustion of fossil fuels, related agriculture activities, landfills and air conditioners, to name a few.

There are many gases that belong to the GHG group. Despite all belonging in the GHG group, each greenhouse gas has its own rate of trapping heat in the atmosphere, and its specific atmospheric lifetime. Methane, for example, can stay around 12 years in the atmosphere, while nitrous oxides reside for 120 years, so about ten times longer than methane! This, in fact, accentuates the complexity in comparing GHG to each other, quite like the anecdotal problem of equating apples and oranges. Figure 1 qualitatively portrays the variabilities in fencing heat for some GHGs, as given by the Intergovernmental Panel on Climate Change (IPCC, 2016). 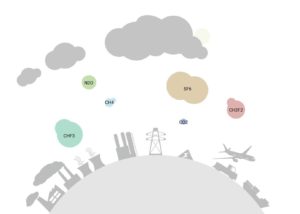 Figure 1. Illustration of heat trapping ability of GHG (only few gases are shown).

To be able to perform meaningful comparisons between GHG and determine their combined global warming effect, a common unit of measurement becomes necessary. As with the currencies, all GHG must be converted to one common unit. The chosen one is: “tons of carbon dioxide equivalent” aka as tons of CO2e.

The choice of CO2 as the common unit out of many GHG was motivated by many factors. Besides, experts still believe, even today, that the CO2 makes an excellent candidate to reflect on climate forcing. Here are few reasons for believing so: 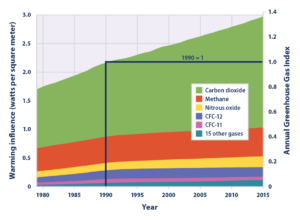 So, CO2e becomes the unifier. It is now the common way to describe the climate effect of different greenhouse gases. It is a metric measure that allows us to compare the impact from different greenhouse gases based on their ability to trap heat in the atmosphere (i.e. GWP). By converting other gases to the equivalent amount of carbon dioxide that would lead to the same intensity of climate harming, they become “apples and apples”, thus comparable. The conversion is done linearly. It is achieved by multiplying the amount (expressed in unit mass) of each emitted gas by its appropriate global warming potential (see formula below).

The global warming potential indicates the relative warming effect of a given gas when gauged with the same mass of carbon dioxide over a specified period, usually 100 years or sometimes 20 years. GWP is also called conversion factor, or simply emission factor or coefficient.

So, why is it important to have such a metric?

Well, at first it allows comparison. Using CO2 as a benchmark, it is possible to measure the heat-trapping ability of other GHG. Second, being able to have a combined value makes it possible to quantify and measure the associated environmental impact both at problem and damage level. Finally, it facilitates decision making processes. For example when it comes to assessing the performance of industrial systems, projects, or consequences of taken actions in terms of for example social cost of carbon. Hence it allows for better preparation of mitigation or adaptation strategies.

Now that this concept is clarified, can you think about how to calculate the CO2e of a building, whether at early design stage or after being built?

Calculating CO2 emissions of a building is of great importance since the industry represents a significant share of total CO2 emitted globally each year.  Performing this task is not easy, given the complexity of a building. Consider all the materials, components and equipment, power consumption, waste generation ++ in a functional building. However, through smart use of technology, with the correct approach, it is quite achievable.

This is among the core services provided by VARIG Technologies. We use Life Cycle Thinking approach to calculate holistic emissions of buildings, both operational and embodied. We calculate, break the complexity down to simple and understandable compartments and report on their actual environmental performance for a sustainable future in the built environment.